Almost two weeks ago we celebrated Eli’s first birthday. We gave him his own cupcake so he could go to town and make a mess and spread icing all over his face.

His birthday wasn’t just a celebration of his birth, but also of adoption. Cheryl wrote about her thoughts about Eli’s birth mom as we prepared to have his first birthday.

In final paragraph, she writes this:

Tomorrow he turns 1, and as I tuck him in bed, and kiss him, I’m thinking of you. I’m thinking of how far you have come from a short year ago, and what the future holds. I’m remembering how God answered my prayer and made it evident to me that our stories should be woven together, with one minute to spare. Tomorrow I’ll tell him how much we love him and tell him how much you love him and look forward to when we can celebrate his birthday together.

Adoption has taught us so many things  and we often think of our “extended family” as we go through the milestones of parenting.  Check out the entire post on Dayton Moms Blog. 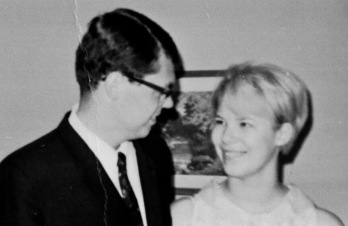 A few weeks ago, on July 21, my parents celebrated their 50th wedding anniversary. On the next day (July 22), my siblings, spouses and other family hosted an open house in Fort Wayne. It was fun to stand back and watch as numerous friends came by and offered their congratulations to our parents…and there were a number of people who stopped by.

We moved to Fort Wayne when I began elementary school and lived in the same house until I graduated high school. We were members of the same church throughout that time and our family was pretty involved: youth group, Sunday School, children’s musicals, adult choir, Christmas and Easter pageants, various roles in church leadership and probably a few others not listed. Many of the relationships we had were through our church family. So, when the 50th celebration came around, many who attended were from the church.

I saw former Sunday School teachers, youth group leaders, friends of my parents and past choir members. I wish I could say I remembered everyone’s name (I didn’t) or even recognized everyone who came through. It was apparent that many of those friendships ran deep as many conversations were going and many lasted for a while.

Several family members were there which also made the day special.

A 50th Anniversary is definitely worth celebrating and it was cool to see the ripple effect of my parents’ marriage. Not only were children, grandchildren, a great-grandson, a brother, a niece and cousin present, there were countless relationships and friendships represented. It’s hard to quantify the influence they have had on people in Indiana, Oklahoma, all the places they have traveled plus the places their family members have lived.

It was a good day and a couple worth celebrating.

Here are a few pics from the day.

Just a few of the people that came 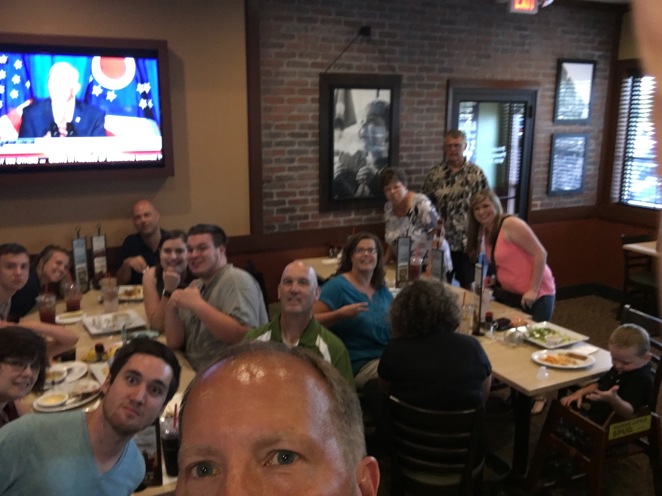 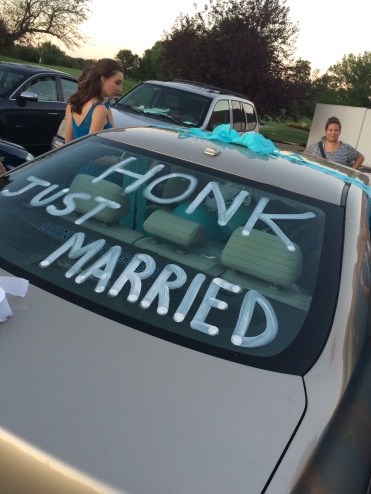 This was a pretty significant weekend in our family as our oldest child got married! It was a great weekend of family and friends coming together to celebrate the happy couple. They chose the hashtag #BrackemyreBonanza. I looked up the definition of “bonanza” and one definition is “a large amount of something desirable.” We did have a large amount of fun and celebration so the hashtag fit.

The groom is from Ohio and the bride is from New York, so the wedding drew people from several states including Oregon, Tennessee, Ohio, Indiana, Florida, New York, Illinois, Virginia and others. We were grateful for all those that came in and the relationships that were started due to this bonanza.

It’s always good to get families together, especially when it means we get to eat, laugh and even dance together. It was definitely a family affair as one dad gave the bride away, the other dad performed the wedding, the youngest sibling served as ring bearer, sisters were part of the bridal party and both sides of the family showed up in force.

We have many good memories of the weekend and can’t wait to see the moments the photographer captured. Here’s some pretty good candid shots from the day.

Groom Dancing with his Grandmother

Groom and His Sister 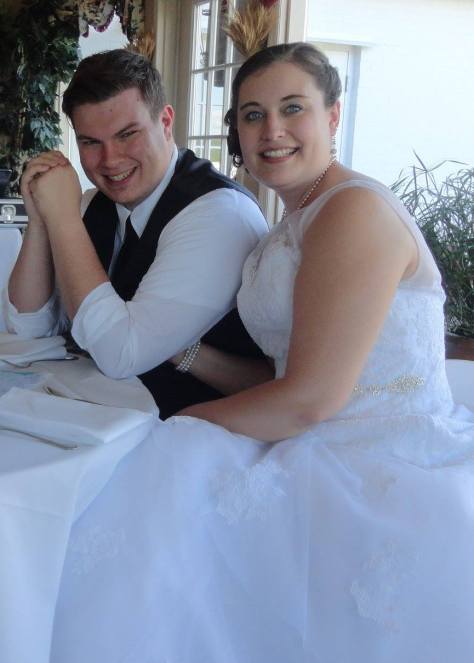 Bride & Father before walking her down the aisle

It’s that time of year again when we celebrate graduation.  One of our county schools has already hosted commencement exercises and more will take place this weekend.  This past Sunday we honored our seniors during our two morning services. As we’ve done the last few years, we put together a brief video highlighting the members of the graduating class.  Here is this year’s class of seniors.

Congratulations to the class of 2016!

This was a big weekend for our family. Max is a year old! It’s always fun to put the cake (with icing, of course) in front of the birthday boy and watch him go to town. He didn’t really hesitate and, as you can see, had cake and icing all over his face, hands and a few other places.

For most parents, it seems the first year goes by quickly. You feel like you bring your baby home from the hospital and before you know it, he is sitting up, then crawling, then starting to walk and you are putting the first candle on the cake.

We had two celebrations this weekend with Max. The first was on his birthday (Saturday) and he got his very own pancake. We went to one of our favorite breakfast restaurants and our server brought out a candle and sang and everything. It was a fun morning. 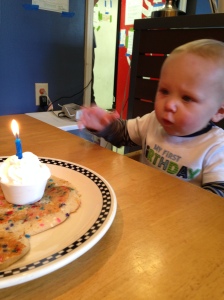 Then on Sunday, we got together with Max’s birth mom (Mommy Kate), Grandma Terie, Aunt Sissy and some other special friends and family to celebrate. It was a fun afternoon and just highlighted what a blessing Max has been to both our family and to his birth family. I don’t think my wife and I imagined celebrating Max’s birthday this way when we first adopted him, but I don’t think we would change a thing.

We are so thankful to have Max as part of our family and look forward to many more birthdays with him.

In just a couple of weeks, the Wilmington Church of Christ will celebrate her 60th anniversary.  I have been associated with the church for fourteen of those years and am grateful to those who had the vision to start the church, the energy and faith to build it and for those who have contributed to her growth and influence in the lives of so many people.

If you are from Wilmington or have any connection with WCC, we’d love to see you attend our 60th celebration service.

Check out the video invitation::

Thoughts from a Hoosier Fan in the Buckeye Land
Blog at WordPress.com.