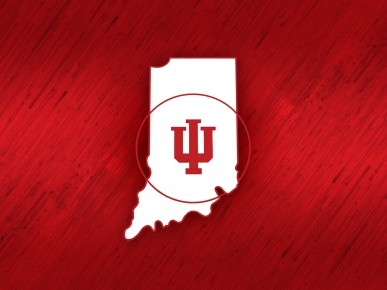 With Indiana basketball back in the national spotlight, ESPN did a great article on the connection between the state of Indiana and the game of basketball. The stereotype that you can find a basketball hoop on just about any stationary item in the state is reflected in this article.

It’s a lengthy article and you can check it out on the ESPN website.

Here’s a couple quotes to whet your appetite:

“When I was growing up, you had your ABC, NBC, CBS and then you had Channel 4, the independent channel. Every Friday night, they’d have Indiana games and then Purdue games. So when I was a kid, that’s what you did. You’d sit there and watch.” (ESPN analyst and former Indiana player and assistant coach Dan Dakich)

“High school was more intimidating. You’d play in front of 7,000 people and three-quarters of them you’d know personally. That was pressure.” (Cody Zeller)

My senior year of high school, we were playing and every seat was taken and they filled in the track. It’s overwhelming. It really is Hoosiers. That’s why that movie makes so much sense.” (Jordan Hulls)