For the past week or so, I’ve been reading through the book of Jeremiah. He was a prophet of God that was given a pretty difficult task. The nation of Israel had continually disobeyed God and repeatedly turned away from Him to the point He was ready to punish them. It’s kind of like the child who continues to try your patience until you have no choice but to enact some form of discipline. Jeremiah is given the unenviable task of being the messenger of the bad news – God’s judgement is coming.

What is interesting in the pages of Jeremiah is the glimmer of hope that God continues to provide for His people. He made a covenant with David that He was going to keep and I love the way it is expressed in Jeremiah 33:19-22:

Isn’t that great imagery? If you can break the cycle of day turning to night and night turning to day, then God will break His covenant with David. You can count on God keeping His promise just like you count on the sun rising and setting each day. He will keep His promises, even when we break ours. God is the Ultimate Covenant Keeper. 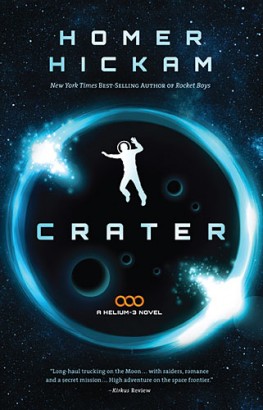 I’ve really enjoyed reading Homer Hickam’s previous works, including October Sky, The Coalwood Way, Sky of Stone and The Keeper’s Son.  His love of space and rockets, along with his mining background, really come out in his Coalwood series.

It took me a little while to get into Crater as it seemed Hickam was trying to bring together both his upbringing in a mining town and his occupation in space and rockets.  The reader is kind of thrown into this new world – a civilization on the moon – and you spend the first few chapters figuring out the setting and the characters.  After completing those chapters, you adjust to life on the moon and are able to get into the storyline.

Crater is an orphan who has grown up on the moon and has no understanding of life on earth, apart from what he has been told by others.  He works as a miner, helping to bring Helium-3 from the dust on the moon.  Crater has a positive outlook on his life, even though survival on the moon is a difficult.  Through the story Crater gets caught up in some of the politics of moon life and is sent on a mission that he knows very little about.  He accepts it because the Colonel – the man responsible for the town in which Crater lives – asks him to go.  The assignment is filled with dangerous travel on the moon’s surface, conflict with some enemies that end in hand to hand combat and a realization of what his mission is all about.  Through it all, Crater becomes the hero of the story and sees there is much more to his life than just mining in the moon dust.

If you like science fiction or wonder what life would be like on the moon, Crater is for you.  While it doesn’t quite match up with Hickam’s other works, it was a good book with possibilities for future adventures for Crater.

As I was out this morning, to my right was a beautiful full moon and to my left was the beginning of the sunrise. Not sure how well these pictures capture it, but it was pretty sweet.

Makes one think of the scripture, “…for His compassions never fail. They are new every morning.” Lamentations 3:22-23 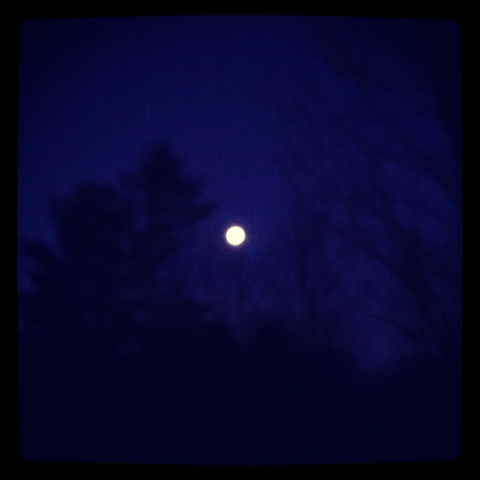