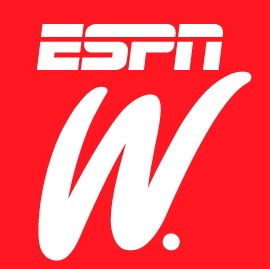 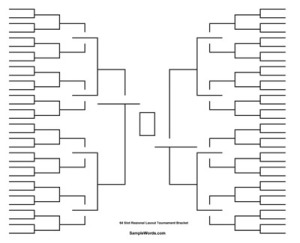 This year’s March Madness Tournament has been great.  My bracket – like pretty much everyone else that I know – has been busted.  Seriously, who would have picked VCU, Butler (again), Kentucky & UConn in the Final Four?

According to ESPN, more than 5.9 million brackets were filled out for ESPN.com’s Tournament Challenge, but exactly two went 4-for-4 in picking Final Four teams.

Only 1,093 brackets had three of the Final Four correct, while 2.1 percent had two right. A total of 27.6 percent had one Final Four team, while the vast majority of you — 70.3 percent — don’t have a single team left.

So, we can’t all be right.  In fact, almost all of us were wrong!  And that’s OK. That’s what makes the tournament fun.  You never know who will be the surprise team in the dance.

This morning, I was watching SportsCenter and of course they were talking tournament.  They asked each guy who was going to win to advance to the championship.  One guy picked his final two.  The very next guy picked the exact opposite.  What I was hoping someone would say is this:  “Here’s what VCU/Kentucky/Butler/UCONN does well….and I have no idea who will win it this year!” Because the truth is, they don’t.  Most of those guys were touting OSU or Duke…and come on, almost all of us were wrong.

Just to add insult to injury, check this out:  Henry Hasselbeck (Matt Hasselbeck’s 5-year-old son) got Kentucky in the Final Four, but missed with Kansas. He is at 770 points (ranking 12,923 overall) and in the 99.8 percentile, but can’t score any more points.

A 5-year old has more points than President Obama, Dick Vitale, Mike Greenberg and Snoop Dogg….and probably me and you.

We can’t all be right!