I shared a few weeks ago that my daughter started – or actually relaunched – a blog. She’s had some good posts, but this one is pretty insightful.

My blog contains post primarily about church work (primarily student ministry and youth culture), about books I’ve read and my family.  The past few years have contained many posts about basketball and Syd’s journey through high school, AAU and college.

As you will read in her post, injury has altered her intended course in the game of basketball.  But what she has learned – and is learning – is pretty cool to read.

In her post, The Box That Made Me More Well Rounded – Limitation, she begins this way:

The other day, someone asked me about my basketball season that I underwent this past year. Specifically, their question was, “what was it like playing on one leg?” Well, if you don’t know me I have two legs, don’t worry. But, for those who do know me know that I have had 5 different knee surgeries/operations on my left knee. Some were simple ACL replacements and some were much more extensive, involving reconstructions of ligaments, bone resurfacings, and a screw removal… I have some sweet scars. The main problem with my knee is that I don’t have much of a medial meniscus or much healthy cartilage left, both of which function as types of cushions for your bones and joint in the knee.  My knee hurts after most any moderate activity and swells at the sight of any basketball court for longer than 30 minutes.  So when I decided that I wanted to continue to play I knew that I would be “limited.”

I’ve finally got around to reading The Hunger Games. The books have been sitting on our bookshelf for several months now and have already been consumed by the two high school/junior high readers in our house. I finally got caught up on the other books I wanted to read and got started on the trilogy.

I finished the first book in about a week and found it to be both captivating and disturbing. The idea that two dozen kids were put in an arena to kill each other until only one survives is a chilling premise. Yet I was wrapped up in the story when Katniss ended up being chosen in the reaping. (In case there are those who haven’t read the book, I don’t want to reveal many details).

One of the things I took away from the story was how the author depicted life in a society very different from ours. We are concerned about the rights of the individual and doing what we can to assure things are fair. In the world of The Hunger Games that is definitely not the case. In the setting of the book, those in power have all the power. The actual Hunger Games are a flexing of their muscle to show they are in control of the citizens.

I’ve already started into the second book and curious how the story will unfold.

What is your take on The Hunger Games? 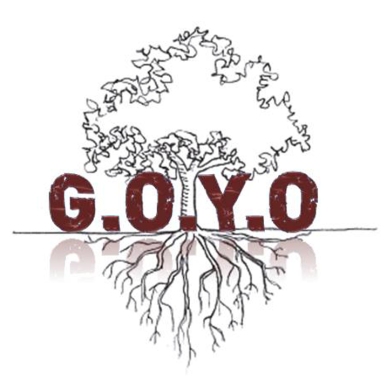 I missed posting about our 90 Day Challenge last week as I was out-of-town, but hopefully you have kept pace with the readings each week. Today is Day #72! We are in the home stretch of the challenge. Whether you are right on pace or still a bit behind, don’t give up! Keep spending time each day in God’s Word and continue that habit.

We had a handful of responses to our one question survey just to see how things were going. Out of the 11 responses I received, 7 are behind, but working on it and the other 4 are on track. Again, the key is that we are finding time each day to spend with God. Our focus is the word habit.

If you didn’t respond to the survey, we’d still love to hear from you. Click here to go the one question response form.

This week we looked at some of the letters Paul wrote, including 1 & 2 Timothy and Titus.  In those words, we see Paul’s heart for these men who were serving God in difficult circumstances.  He encouraged them to continue in their work and to be faithful to the life God called them to live.  Pretty good advice for us as well.

We are over half-way through our 90 Day Challenge and today will take us into Day 50. Today’s reading also brings us into 2 Corinthians. There are some tough issues that Paul has to deal with in the church of Corinth, but as you read the letter, you see how deeply cares for the church. The letters to the Corinthian church help us understand how to deal with delicate issues in the church family.

Whether you are on track, behind or using a different plan, our goal is develop a habit of spending time with God.  Small investments over time will lead to a growing relationship.  Keep it up!

Yesterday we concluded week four in our 90 Day Challenge. Today’s reading concludes our time in the Gospels and moves us into the book of Acts and then into the letters of the New Testament. Also, after completion of Tuesday’s reading, we will be one-third of the way through out challenge! I’m hoping that all of those who have accepted the challenge are staying with it or trying to get caught up. Again – remember – the goal is to create a habit of spending time with God through His Word. We gain when we grow in our walk with God.

As we read through the Gospel of John, we were reminded why spending time in His Word is important. In chapter 15, Jesus uses the word picture of vine and branches. He states very clearly in verse 5 who plays what role: “I am the vine; you are the branches. If you remain in me and I in you, you will bear much fruit; apart from me you can do nothing.”

Sometimes we need that simple, yet straightforward reminder that we need to stay connected to the vine. Regardless of our best efforts or ideas or plans, apart from Him, we can do nothing. Only by staying connected to Him can we bear fruit.

As we continue to go through our 90 Day Challenge – or use whatever reading plan you are on – remember that image. He is our source of life and health and growth and we need to remain connected to Him.

Yesterday concluded the second week in our 90 Day Challenge. If you started on January 7 and stayed current, you finished the Gospel of Mark and are jumping into the Luke’s account.

Reading Mark’s Gospel right after finishing Matthew’s showed how both men approached their accounts differently.  Mark’s is shorter and focuses more on Jesus’ ministry, while Matthew gives more details regarding Jesus’ birth and childhood. Just like listening to two different people who were witnesses to the same event, both writers give us a unique perspective on the life of Christ.

If you are a part of the 90 Day Challenge, keep up the good work!  Now that we are a couple of weeks into it, hopefully you are hitting your stride and are finding a good time in your schedule to carve out time to spend time with God.  We’ve used this phrase throughout the month of January as we have talked about the habits that help us to grow spiritually:  We are made up of the commitments that we make over our life and the habits that we develop.  The 90 Day Challenge is designed to help us develop the habit of spending time with God.  Keep it up!

This weekend, we also handed out two more books. Not sure how many are completing the challenge, but we have handed out nearly 70 books.  If you are taking the challenge, we’d love to hear from you.  Go to out 90 Day Challenge Facebook page and let us know how it is going. 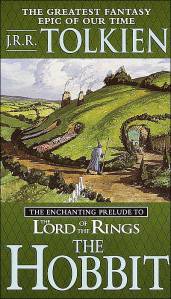 While on vacation, I got a chance to catch up on reading some books that have been sitting on the shelf for a while.  Some people like to be on the go when on vacation, visiting different places and seeing the sites.  My wife and I enjoyed sitting on the beach, reading and then, occasionally, changing scenery by moving to the pool.

The first book I read was The Hobbit by Tolkien.  I have to admit I’ve only read the first two books of the Lord of the Rings trilogy (but I’ve seen all the movies!).  I knew a movie based on The Hobbit was coming out soon so that gave some motivation to get it read.  I enjoyed it, but was a little taken back by how much trouble one hobbit could get in.

I’m still amazed at Tolkien’s writing and the creativity he employed to create such a story line with so many different characters.

The next two books were from John Grisham’s Theodore Boone series.  I had read the first one several months ago, but hadn’t opened the two books that followed.  While they are geared more for teen readers, they fit very well into Grisham’s style of writing.  They were an easy read and were both great stories.  Kind of reminded me of the Encyclopedia Brown books from back in the day.  I am a big Grisham fan so pretty much read about anything he produces.  The second book is Theodore Boone: The Abduction and the third book in the series (so far) is Theodore Boone:  The Accused.  The third book picks up the storyline from the first book, but then kind of goes in a different direction from what you initially think.

The final book I started, but didn’t get finished on the beach, was Michael Connelly’s The Brass Verdict.  He writes in a style similar to Grisham. I’ve only read two previous Connelly books, but enjoyed them.  This one followed up the book that was made into a movie, The Lincoln Lawyer.  I was able to finish up the book once I got home and now want to continue in the series.  I like his writing.

Saw this posted on the Jesus Needs New PR blog.  Don’t think the sign creators were trying to send this message exactly.

One of the benefits of having this blog is that it gives me the opportunity to review some good books.  I’ve read books by John Piper, Mark Batterson, Craig Groeschel and more.

As part of the Blogging For Books program, readers are given the opportunity to offer ratings on reviews and the bloggers gain points on the reviews given.

The Blogging for Books website has been revised and, to keep the rating system fair, it now requires those who offer ratings to provide an email address.  This prevents one person from rating a review multiple times.

With this change, all the reviews have been reset to zero.  SO….if you have offered a rating on one of my reviews….or would like to do so….please visit my review page and offer your rating on any of the reviews.  It doesn’t take a long time and might even lead you to read a good book one of these days.

Thanks for your help!