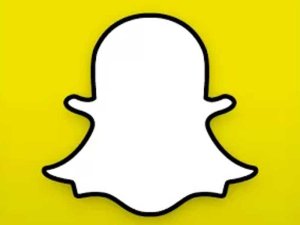 There is more interesting information about how teens not only use social media, but some of their perceptions as well.  For example, 72% of teens think technology companies manipulate users to spend more time on their devices.  And, many admit that social media can be a distraction.

Common Sense Media also has a link for parents with some thoughts and suggestions on addressing the social media issue.  Some pretty common sense stuff that many parents are already utilizing, but helpful nonetheless.

There is no doubt that smartphones, technology and social media have impacted our culture and how we communicate.  This article provides some good talking points for parents and teens.

I learned a new phrase this weekend – nomophobia.  It stands for no-mobile-phobia – the fear of going without your phone.

Just tonight before our small groups started, one of our guys got out his phone, accidentally dropped it and cracked his screen. He was upset because he just had his phone fixed a few weeks ago.  I’ve seen phones that have multiple cracks throughout the screen (kind of looks like a bunch of spider webs).  Rather than get the phone fixed, people continue to use them because they don’t want to be without it.

Last week one of our junior high girls was stressing out a little bit – her iPhone was on 4% battery.  She was afraid she wouldn’t make it home before it died.

I have to admit I have had a touch of nomophobia.  My son dropped my phone at the doctor’s office and cracked the case enough where the SIM card wouldn’t read. So, I couldn’t send texts or receive phone calls for a while.  I have to admit I was a little concerned.  I mean, what important call or text might I miss out on that afternoon?  Scary stuff!

That’s what the infograph shows below, based on a study done in the UK. Check to see if someone you know (or maybe even you) suffer from nomophobia.  Interesting stats.

This infograph was posted on the Youth Ministry Media website.

I think the infographics are pretty interesting.  This one has to do with smart phone use and how addicted some people are.  Some pretty eye-catching stats including the number of people who would give up either coffee or bathing to keep their phone (are those our only choices?!?!?).

What do you find interesting as you read through this?