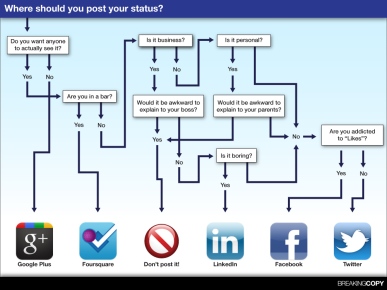 Recently, I’ve noticed that when social media comes on, the filter appears to get turned off. What someone might not say in a public, face-to-face setting goes up in an instant on social media.

During game 6 of the NBA Finals, there were a multitude of tweets about LeBron’s headband. Now I know that star athletes are under the microscope and people comment on everything they do, but I was surprised by the number of tweets about whether LeBron was better or worse without the headband. Some comments were made about his appearance and hairline as well. Of course, all this is going on during the actual basketball game, not after the contest had already been decided.

On Instagram today, someone posted a statement of faith from some organization (which was unnamed) and then made a comment regarding the statement. This led to further comments and then clarification of previous comments. Most of the comments were critical in nature.

On Facebook, I remember seeing a post a few weeks ago about a medical care provider. The person writing the post was unhappy with the care offered, then proceeded to name names and give specifics on what lead to his/her unhappiness and why he/she would never return to that provider. Then the poster asked for referrals to other care providers. While I think we need to be confident in those who provide any type of service to us or our families, I’m not sure Facebook is the place to post grievances.

Back to Twitter, just today someone posted about a pending decision from the Supreme Court. Then the tweet offered this word of social etiquette – “Let’s all commit to acting like adults on Twitter today, OK?” You would think that wouldn’t need to be stated.

I’m all for social media and people’s right to express themselves. Naturally we all have our own opinions and we certainly aren’t going to agree on everything. I think we can even learn from others with whom we don’t agree. What is troubling to me is that it seems the filter is turned off when it comes to social media. Things I would not say in a public setting are fired off without much of a thought when I sit behind a keyboard or with my phone in my hand.

There is a greater opportunity to stay connected through various social media outlets and I enjoy taking advantage of those. It’s when we tweet before we think that we run into problems.