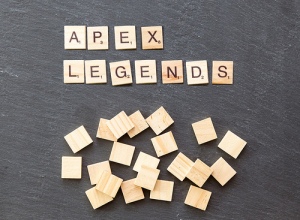 Just a couple of weeks ago one of my high school students, who talks regularly about Fortnite, mentioned a new game had just “dropped” – Apex Legends. He said that Fornite was dying and Apex was already breaking records. I’m not much a gamer (meaning I don’t play at all), but it turns out he was right. Apex is currently the hottest battle royale game out there.

An article published on AP News shared the following numbers about Apex Legends:

“Apex” had 25 million downloads in its first week, crushing the “Fortnite” mark of 10 million over its first two weeks after launching in 2017.

8.28 million hours of “Apex” were streamed on Twitch, topping the “Fortnite” mark of 6.6 million from July 20, per The Esports Observer.

The numbers are pretty astounding : 25 million downloads in one week and over 8 million hours streamed!

According to the article, players were being recruited to play the game. One 18-year old from Florida is thought to be the best Apex player in the world and was signed by NRG Esports, a company that puts teams together to play on various streaming markets like Twitch. He won $200,000 in a Twitch Rivals Apex Tournament! $200,000!

While we know that no game, even Fortnite, will last forever, Apex Legends has stormed on to the scene and captured the attention of gamers everywhere. While it is free, players can pay for different outfits and other upgrades.

If you have a student who plays Fortnite, they probably already know about Apex Legends. Many of our students are spending many hours on either Fortnite or Apex and whatever may come down the pipe next. You might want to check in with them to see what they are currently playing or watching other people play.

You can read the entire AP article to not only get more information, but also to watch a video of Apex Legends being played.

Even if you aren’t into video games and rarely (if ever) play, you have heard of Fortnite. People talk about it all the time and it has spilled off the screen into our culture. This summer, while at a high school conference, some of our students were doing dance moves from Fortnite. Another student, from another youth group – a student we had not even met – started dancing along with our group. That is the power of Fortnite.

If you are a parent of Fortnite fanatic, you may have some questions about the game or concerns about the amount of time students spend playing the game. Here’s a good resource to help answer some of those questions and even create some conversation with your student.

Parent Ministry seeks to provide a library of resources and tools to parents. Recently they published a free article about Fortnite titled THE FAMILY BATTLE ROYALE (Fortnite and Your Family).

The article highlights the fact that nearly 80 million people are plugged into the game and it is a place for students to connect with friends.

The article also links to an article from Common Sense Media that provides a guide for parents about the game.

If you are a parent of a Fortnite player, it would be worth the time to check out this resource or share it with a friend. 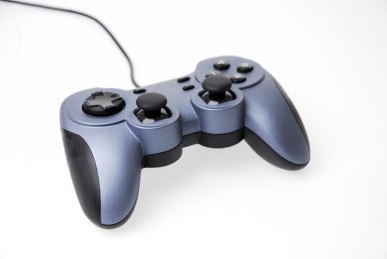 I’ve had this email sitting in my Inbox for almost two weeks now. It’s a story that perhaps you have already seen, but for some reason I was shocked/amazed by it. Basically it’s the story of a college student who wanted to live out the video game Grand Theft Auto. The student stole a vehicle, kidnapped a young lady and then drove the stolen truck like a person would while playing the game.

This post isn’t railing against the video game GTA or against video games in general. It’s more of a fascination with someone who actually takes the step to bring the made up world of a video game into the real world. There have been other events in the news that have connections with video games.

It’s a pretty strong reminder that we become like the people/activities with whom we spend most of our time. 1 Corinthians 15:33 reminds us, “Do not be misled: “Bad company corrupts good character.”” This is an example that this student spent too much time with bad company.

Here’s the article that appeared on Tim Elmore’s Growing Leaders Blog. You can read Tim’s thoughts on his post about the student’s actions.

You may not believe this, unless you heard it on the news last Wednesday.

A 20-year old college student and lacrosse player at Auburn University was arrested in Baton Rouge, LA on several counts of reckless driving and hit and run accidents—after he ran into a wall with a stolen car and was arrested by police. Zachary Burgess now faces charges of auto theft, simple kidnapping and nine counts of hit and run.

His reason for doing this?

During questioning, Burgess allegedly told an officer that he “wanted to see what it was really like to play the video game Grand Theft Auto.”